On the weekend just passed, I was meant to be participating at the WOW Women of the World 2020 extravaganza in Brisbane.

My ten-minute bite was to be about creating an age justice movement for older women in Australia. And the world. What do I mean by Age Justice?

Well, let’s take a quick look at some statistics: older women make up a significant chunk of all older people. A higher proportion of women are aged 65 and over than men. Older women are almost twice as likely to live by themselves in older age as well and they are also more likely to need help with activities such as mobility, property maintenance and household chores(Source(s): ABS Survey of Disability, Ageing and Carers: Summary of Findings 2018).

It’s also likely that for the older people who need significant care, the care and assistance they receive is probably provided by a woman, and most likely, a middle-aged woman.

Not only this, but these midlife and older women are more likely to be less well off financially then their male counterparts. As homemakers, part-time workers and child-bearers, their accumulated earnings are lower and less likely to carry them through a longer old age. Despite superannuation, midlife women are also less financially secure. Which, by the way, is an almost universal phenomenon, except in First Nation communities, where life expectancy is much lower than their settler counterparts.

Now let’s think about how visible these women are to society. Where do we see them? How do we see them? When do we see them? If you can’t think of many examples, it’s because they are indeed, virtually invisible. Their standing is compounded by ageism in almost every system – work, health, finance and the list goes on and on.

An age-justice movement aims to change those statistics. And WOW was to be the site of our first call to action.

Fortunately, we older women are pretty quick to adapt to stressful and uncertain times. WOW has now launched its digital portal, The Well. And I am working out just how to video myself so I can share my ten-minute WOW bite with a potentially even bigger community.  And perhaps, the call for an age-justice movement for women is now even more important. In this strange time of distant socialising, online connection and physical isolation, inequalities seem to rear their head even more.

Now is the time to make change that outlasts pandemics and shifts attitudes. If not now, then when? If not us, then who?

[Photo by sk on Unsplash] 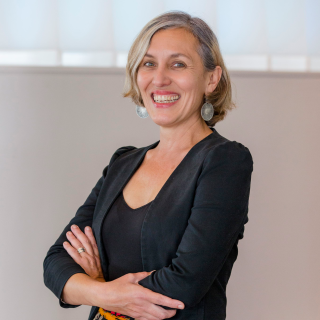